The NBA Finals has finally come down to two teams. The creams of the crop. The picks of the litter. [Insert any “absolute best” cliches here].

The Golden State Warriors are taking on the Cleveland Cavaliers.  Curry vs. James.  Cute Kid Riley vs. Receding Hair Line. 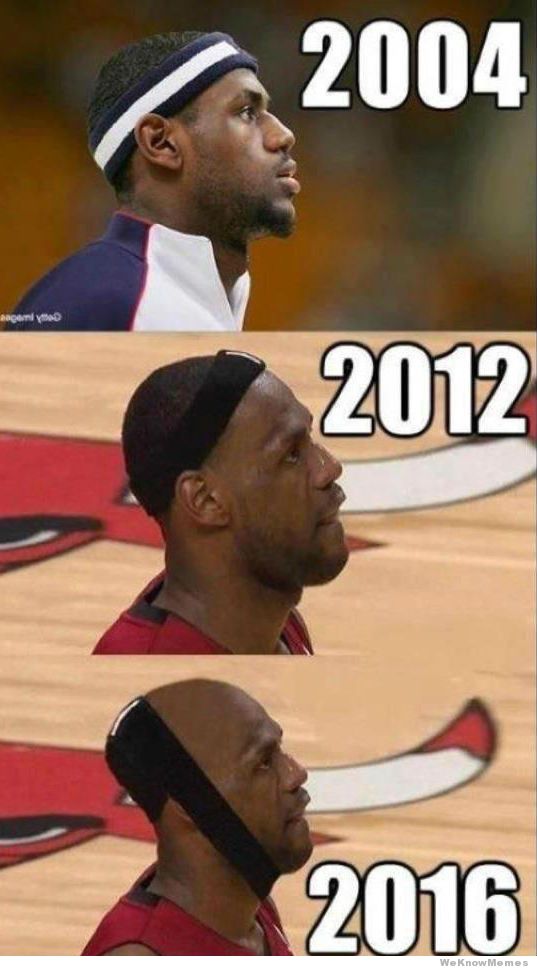 Steph Curry, no question!  Lebron already has two championship wins, every endorsement deal known to man and has ESPN in the palm of his hand…why should we give this Space Jam wannabe a chance for his sweat band to be retired in the NBA Hall of Fame?

I know what you are thinking? “Why do you hate Lebron so much?”

You know why? Because haters gonna hate, and I am a true hater of Lebron.

The guy is a walking “BUY ME” billboard, a man who is so hated he has his own website http://ihatelebronjames.com/.

(Granted the website hasn’t been recently updated. Probably because the hostility and hate just runs so deep that the website owner’s violent typing made his computer internally combust into flames) 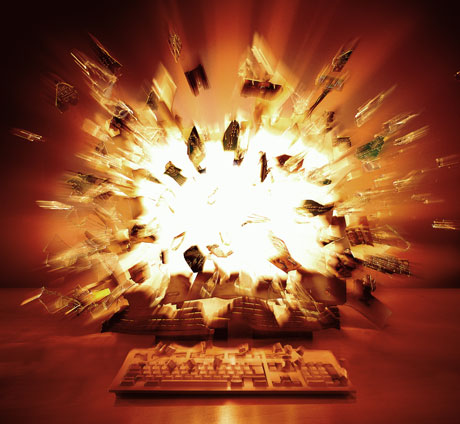 Now that is true hate.

It’s not that I hate Lebron, the man himself, it’s that I hate “the man, the myth, the legend” the media perpetuates and worships. Now that is something you can entirely blame on Lebron. Yes he is only doing his job, a job of god-given talent that anybody would kill for but doesn’t he have any shred of integrity or credibility to just say no to the media, the sponsorships and the attention?

Someone needs to teach this goon about modesty. Next up, Lebron Tampons: time to get that thick-ass sweat band protection ladies! 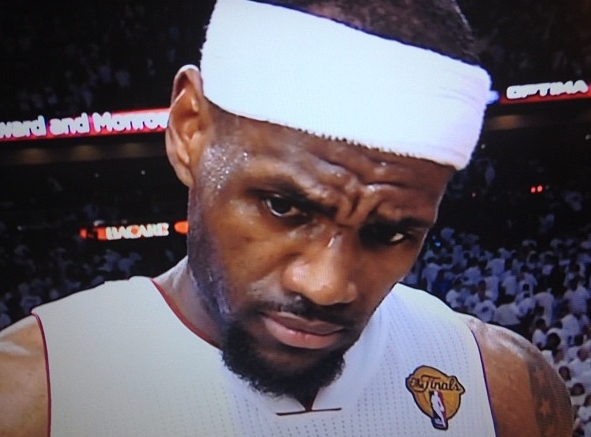 All of the credit and ball-sucking attention Lebron receives from ESPN is just nauseating. There must be some undisclosed contract where he pays ESPN for his unbearably large amount of air time and mentions.  This just in at ESPN – “Let’s see what Lebron thinks of the Masters! According to his Twitter, he tweets: “Yo Tiger Woods, where you at?”

I don’t think any athlete can compare to his obscene level of overexposure.  Well, maybe Peyton Manning.

With the millions of dollars he makes daily (yes DAILY), doesn’t he have enough money to feed Russia? You would think that but no, he probably doesn’t. I mean that lavish lifestyle doesn’t pay for itself.

And now that Lebron is back with the Cavaliers, an unnecessary spectacle of itself, ESPN will stop at nothing to see him holding that golden basketball trophy for a third time, a shining beacon of hope that the hero can return to his hometown and achieve the possible.  YES the possible, this is Lebron we are talking about.

The real culprit here is ESPN.  But who the hell is going to hate ESPN, the almighty giver of worldwide sports and beloved top 10!

That being said. Go Warriors, the rightful winners who have no players sucking on ESPN’s proverbial teet. Steph Curry has yet to become a tainted spokesperson of soul-less commerce, so there is still time for his pure talent to take him all the way, all the way to get that golden trophy.

Plus, his daughter is just too cute to pass up. 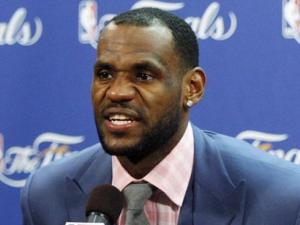 I would love to say a big fat: NOBODY.  But that isn’t true.  There are some Lebron fans and lovers out there.  They just all happen to work at ESPN and the NBA.  Lucky for him, the majority of basketball fans who purely respect the player for their good attitude and classy showcase of talent don’t root for Lebron.  Because we all know, Lebron is none of those things.  He could have them in the future, but he sure as hell doesn’t have it now.

I sure hope nobody REALLY wants to see Lebron win.  Nobody wants to see that satisfaction he has been longing for ever since he decided to join the Miami Heat.  A selfish move from his hometown and home team, The Cleveland Cavaliers, in hopes to get those rings Kobe Bryant be sportin’ like his collection of Nike shoes.  It’s a good thing Lebron never wants to go back home.

The arrogant Lebron can’t even hold a candle to the class act that is Kevin Durant.  How can you not love a basketball player that gives his mom court side tickets to every game and gives her a giant hug and kiss after every victory?  I could be a major sucka but that is just freakin’ adorable.  I think Durant and the Oklahoma City Thunder can defeat the Heat tonight in Game 5.  It is just a matter of putting Russel Westbrook in his place (damn bitchy Bruin), getting James Harden to score more than 13 points, having Derek Fisher step up to the plate by knocking down some clutch threes and for everybody to D up.  Play some defense to stop Lebron, Wade and Bosh.   It is possible.  Don’t be scurred of Lebron’s down syndrome busted face.  Do him a favor, do ALL OF US a favor and charge his face with your elbow, taking him out of game and forcing him to undergo some emergency reconstructive face surgery.  The world will be a better place 😀