Ever since the story of Richie Incognito harassing Jonathan Martin on the Miami Dolphins erupted, the news world has gone coo coo for cocoa puffs.  Cocoa Puffs being hazing and harassment in sports. 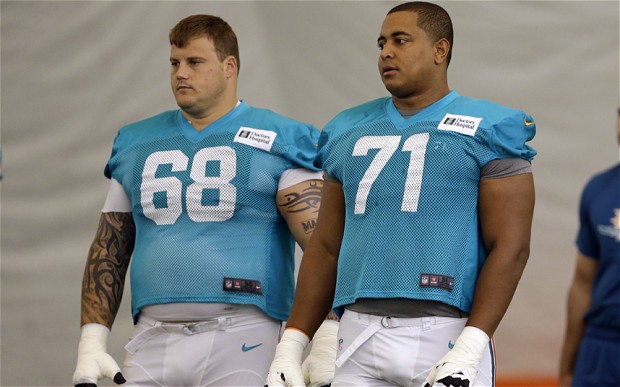 I think after reading the transcript of Incognito’s voicemail he left for Martin on his cellphone, we can all agree that harassment is a problem in professional sports and should not be overlooked.  However, this type of hazing and rookie treatment isn’t something new.  It is something that has been around for years and will be around for years to come.

Jonathan Martin, a young fresh-faced offensive lineman from Stanford University, stepping into the harsh realities of the NFL apparently couldn’t take the abuse from veteran Offensive lineman Incognito.  The guy just checked himself into South Florida hospital after leaving the Dolphins due to emotional distress. WTF. Incognito doesn’t look that scary…Martin looks straight up timid……But before we dive into the rights and wrongs, we have to answer ourselves some questions about this volatile situation…

Is this abuse really normal in the NFL?  Isn’t this type of abuse considered hazing, a typical type of treatment rookie players receive from veteran players as a right of passage?  Isn’t there an expected level of intensity, rough attitude and tough physicality in the NFL that is connected to this type of violent behavior that projects this bad ass disposition?  Is the problem just violence or masculinity? 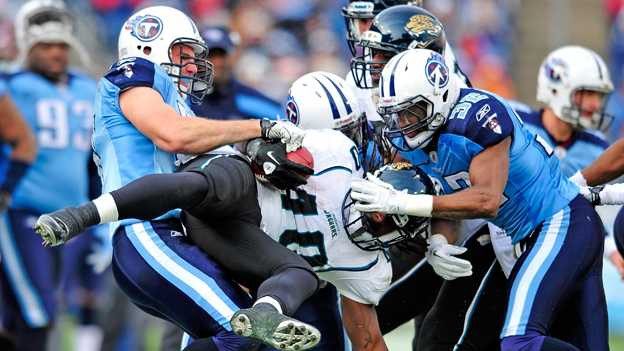 But with all the coverage, is the media’s treatment of this situation fair?  Hasn’t hazing of rookie players been going on since the beginning of the NFL in 1920?  A safe assumption indeed.

Hazing has been put on the forefront ever since Greek Life, Fraternities and Sororities on College Campuses, has been in existence.  Haven’t you ever talked to someone who belongs to a Frat or Sorority?  They can’t tell you what goes on in their rituals and traditions….because it’s a “secret.”  So obviously hazing runs rampant.  But it’s that type of hazing which brings groups together, almost like a Band of Brothers, those who suffer together, stay together.  Frat brothers and Sorority Sisters look back on it as if it was necessary to be accepted in this new Greek institution, and usually look back on it fondly because it created unity and friendships. 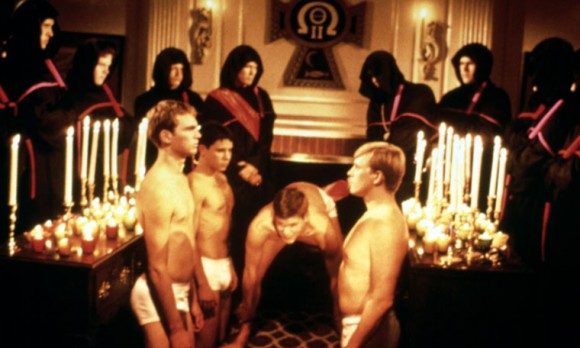 BUT when hazing has racial slurs thrown about…..then it becomes a different story…obviously.

The only reason for this situation’s popular media coverage is because it has yet to be fully exposed.  By being exposed in full effect, blasting the Miami Dolphins for lack of leadership, lack of respect and lack of discipline, the NFL is bound to take a big hit as well.  So what is the NFL going to do?  They should really do nothing.  Leave it ALONE.

I know players having been coming out of the woodwork defending Martin for exposing Incognito’s harsh treatment and cruelty, but haven’t all of them experienced the same type of bully treatment? Of course that doesn’t make it fair.  But this type of bullying shouldn’t be treated as if it is something new, something out of the ordinary, something taboo.  Then yesterday Miami Dolphin players have come out to defend Incognito, claiming his relationship with Martin was friendly, “acted like brothers.”  “Richie said, ‘Jonathan is like my little brother,'” Dolphins Quarterback Ryan Tannehill said of a past conversation. “I think that’s an accurate depiction. He gave him a hard time. He messed with him. But he was the first one there to have his back in any situation.”

Hmmmm, interesting.  Perhaps they really felt like brothers? And whose to say?! 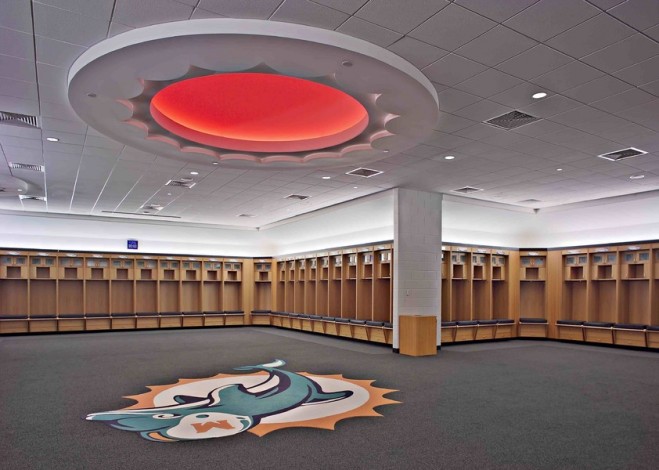 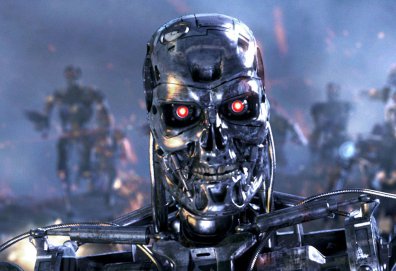 Especially since Dolphin players are coming to the defense of Incognito and Martin admitting his emotional distress, who is the real victim here?  Martin may be the one at fault here for not handling the situation in the best fashion.  Perhaps he should have confronted “his brother” head on and none of this mess would have been blown out of proportion.  Then again there is still the racism issue…….WTF dude, let’s face it, the issue of race will never disappear.

The NFL must tread lightly on this fine line between hazing and traditional ritual.  Yes rookie players must expect to swim in some rough waters but not be slapped with racial slurs or death threats.  Is Martin a pussy?  Who the hell knows.  One thing is clear though, the fool just can’t hang.

This once comical football player is now out of a job and in some bad news bears trouble with the law.  The Miami Dolphins terminated his contract within 24 hours of his arrest for a domestic battery case involving his new wife, Evelyn Lozada.  Apparently, his wife accused him of Head Butting her during an argument in front of their home.  HEAD BUTTING CHAD??!  daYum, i didn’t know that was back in style

Chad and Eve have only been married a month and are already battling it out to see who beat the shiz out of each other.  I mean……Eve was on the reality show “Basketball Wives,”  she clearly knows how to play the marry an athlete and get rich game.  These two lovebirds met on Twitter….and not on cordial circumstances.  If any of you say last week’s Hard Knocks season premiere episode following the Miami Dolphins training camp, Eve and Chad explained how they met on Twitter, Eve talking shit and taunting Chad soo much that he just HAD to meet this classy woman.  Good thing he changed his name back to Johnson just for this special lady.

Don’t get me wrong, meeting on the Internet accounts for more than 20% of couples in this country today, but would you really want to meet something who is calling you garbage and would withhold sex from you until you scored a touchdown?  Lame.

Johnson has been battling for a spot on the Dolphins’ roster after a very disappointing season with the New England Pats in 2011.  He only complete 15 receptions.  Ouchies.  Sounds like Tom Brady didn’t like his swag soo much neither. Dolphins head coach Joe Philbin knew Chad’s termination was a long time coming, citing that Johnson didn’t “fit” with the team.  Sound like another classic breakup excuse, “it just isn’t going to work out.”

Apparently, Chad has a history with domestic violence.  Sad 😦  And I used to LOVE this guy on the Bengals.

He was arrested for misdemeanor domestic battery in L.A. on February 7, 2000, which was before he was playing football for Oregon State University.

Apparently it was his girlfriend that he slapped across the face after he accused her of cheating — to which he pled no contest, and the court found him guilty of domestic battery.

He was then sentenced to 3 years probation and ordered to serve 45 days in L.A. County Jail.

He didn’t see any of that jail time, though, and instead completed 30 days of graffiti removal work along with completing a 12 month batterer’s counseling program — and ordered to stay 100 yards away from the victim. He strategically decided to put off the hard labor and the domestic violence program for years. That’s when an additional 15 days of graffiti removal was added, making Ocho complete his legal obligations in 2002.  If cleaning up graffiti doesn’t scare the hard unrelenting power of the law into you, then I don’t know what will!  Sounds like a changed man to me 😛

Ugh.  Why do guys think it’s ok to beat up the ladies?!  Its soo not ok to hit a person who is significantly smaller and weaker than you, even if they are a bitch.

If convicted, Johnson faces a maximum penalty of one year in jail and a $1,000 fine. He also could receive community service, probation or anger management classes.  YEA, like that is going to work this time.  Chad, do yourself a favor, divorce this gold digger and go back to Ocho Cinco.  Don’t start taking tips from Chris Brown over there, and do your time in jail.  Be a man.