Let’s just hope none of us look like Puig in this picture after today’s game…..no tears in LA today!  (please GOD……..)

Who knows what the hell is going on with LA sports, considering a majority of the classic hometown teams are in disarray.  Sorry Clippers, you didn’t make the cut because you are the only team not sucking ass right now….and seriously who is a Clipper fan?

I just don’t get these crazy lucrative contracts to get players to come to the big city.  Wait, maybe I do.  But then again, I don’t.  Whatever happened to plucking players from farm teams, the minor leagues, college teams and walk-ons?  What happened to teams nurturing and helping players grow into strong athletes?

I guess it all started for me with big boy slugger Albert Pujols and his deal with the Anaheim Angels, a 10-deal for $250 million dollars and then some with the perks and bonuses.  WTF dude, I know you have 5 latino babies but DAYYyuuum.  The MLB had to come out and publicly address the ridiculousness of this deal, stating that there is now going to be a spending limit on players’ contracts.  Whooopee. The next was the Doyers crazy blockbuster deal, a deal worth over $265 million dollars, with the Boston Red Sox, sending pitcher Josh Beckett, first baseman Adrian Gonzalez and outfielder Carl Crawford to the Doyers.  Now Zack Greinke’s $158 million dollar for 6 six years is just insane, dude is 30 years old.  That doesn’t seem old but in sports, it is.  Hello, paging the farm leagues…?

It seemed that the ailing Lakers team had to follow the MLB trend of big spending with Steve Nash, a 38-year-old superstar point guard from Phoenix, and Dwight Howard, best center in the NBA from Orlando.  Seriously,  with all the drama they put themselves through with their bottomless purse, the Lakers are in for some hard times…….and it’s not even mid-season.  Dang, LA…..the city of angels just turned into Scrooge McDuck, diving into a pool of gold coins and swimming in wealth. Duck Tails…..Wooo Hoooo. 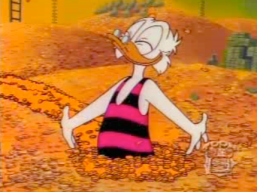 Maybe it has to do with the awesomeness that is Los Angeles.  The size and popularity of the city is bound to ignite some drama in every entertainment facet, dude it’s the ENTERTAINMENT CAPITAL of the world.  Los Angeles is starving for more and more newsworthy entertainment because here we are just so spoiled and saturated in gossip, no matter where it comes from.  Sports don’t have a chance of escaping the clutches of LA.  Look what happened to Kobe and his not so fun let’s take advantage of a woman trial?  You think that shiz would have went down the same if he were on the Charlotte Bobcats?  How about Matt Kemp banging Rihanna?  You think those shenanigans would happen is he were on the Minnesota Twins?  Yea…not so much.  You grab dat ass Matty!

But how many of these lucrative contracts are really paying off?  The only decent payoff would probably be Pujols on the Angels.  The dude hit 30+ home runs but didn’t take the team to a World Series his first season.  Hey, it’s only his first season.  Angels just picked up Josh Hamilton for a butt load of money too, fool is 31 years old getting a $125 million dollars for 5 years.  Dude is crack addict?  Really?!   The Dodgers…..that’s just too depressing to talk about.  The Lakers, well that remains to be seen.

Truly the most tragic part about the greed in LA sports is the sacrifice of players.  It is so rare to see players now a days stay with one team their entire career.  We rarely get to see a player be loved and adored by his city, grow up and become a part of a family, become a part of the city.  Superstars aren’t even immune.  Look at Albert Pujols from St. Louis.  Didn’t he have a restaurant in the heart of St. Louis?  Said he would DIE a Cardinal?  That quickly changed. He picked up and left right after he won a World Series following the millions and millions of dollars that LA flashed before his very eyes.  Steve Nash was the best thing to happen to the Phoenix Suns while Dwight Howard was selected by the Orlando Magic in the 2004 NBA draft.  No professional athlete feels like they can stay if they feel like they deserve more money for their talent.  City love just ain’t what it used to be 😦

Sports is a business and needs to make money. DUH.  Gambling big can mean winning big, I get that. What we also have to get is it makes BIG PROBLEMS.  It’s not rocket science.  I just can’t get past the loss of the nostalgia and innocence that sports used to hold dear.  As time goes on, the greed in sports is showing no signs of slowing down as long as athletes will continue to follow the money and not follow their hearts.  Does love have a price tag? In LA, there is a price, it’s just a ridiculously crazy Vatican spending HIGH.   Isn’t that sad?  I feel like I don’t want to accept that but it’s true.  Is there still that good we once loved in sports?  Am I just being a spoiled LA sports fan?  Who the mofo knows.  If you do know, please come talk to me.  Maybe I’ll buy you a taco. 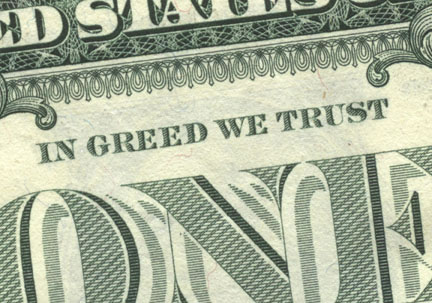