Vin Scully has announced that he will be returning in 2015 for his 66th season with Los Doyers.

Now there is some news that would make any baseball fan happy happy joy joy. 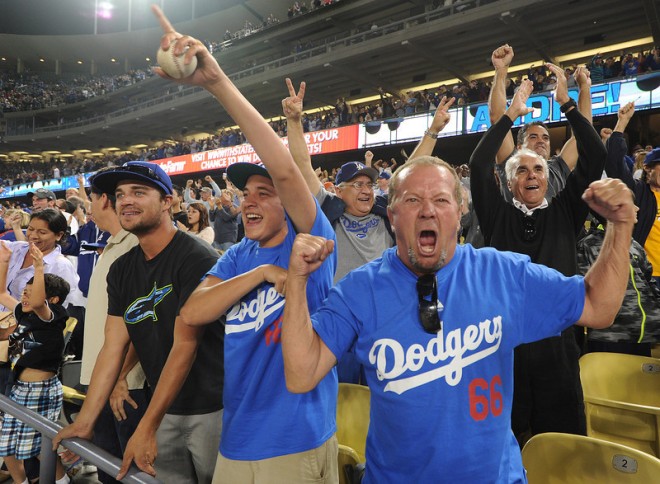 Vin Scully is a beast. Scully, widely considered the greatest baseball broadcaster of all time, was inducted into the Hall of Fame 32 years ago. He turns 87 in November. 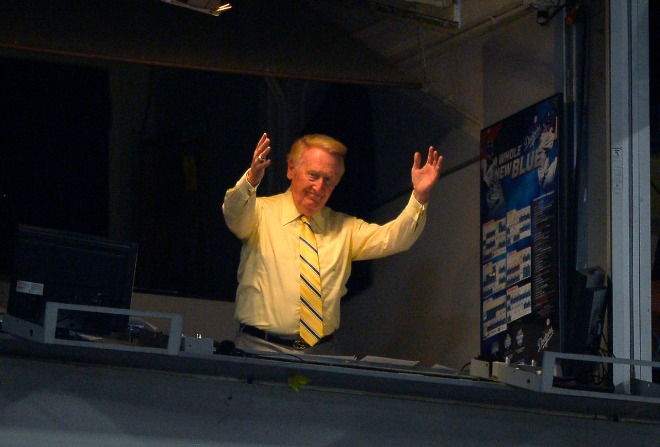 “It is very difficult to say goodbye,” Scully said in a statement. “God willing I will be back next year. Over the years I have been blessed to have so many friends including those that sit in the stands and listen as well as those at home, who listen and watch.

“It is just too hard to say goodbye to all these friends. Naturally there will come a time when I will have to say goodbye, but I’ve soul-searched and this is not the time.” 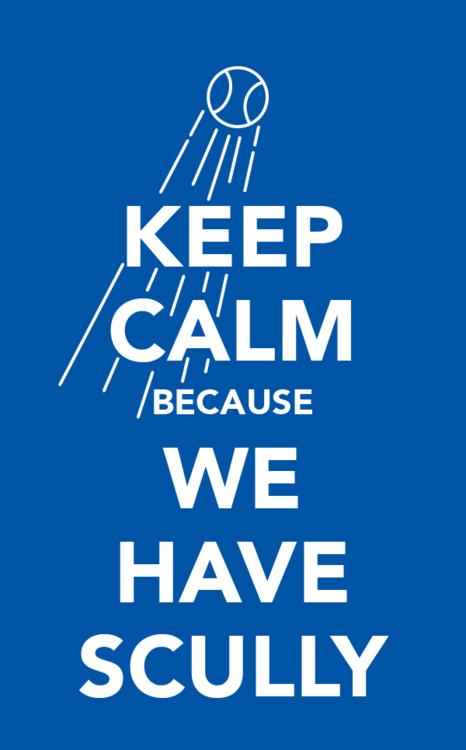 The more and more information trickling down to the masses about Alex Rodriguez and his use of PEDs, the more and more you wish that Centaur Portrait of himself is still hung in his bedroom.  This big ass third baseman is at it again, first his lack of post season play and now deceit. 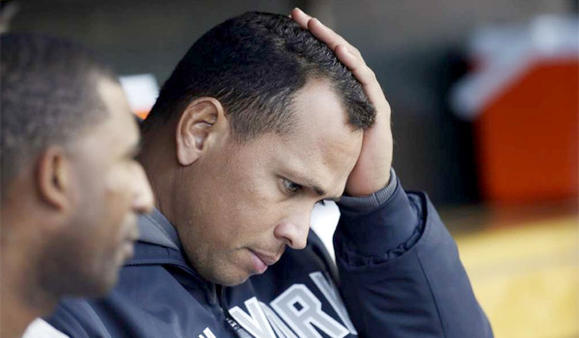 Alex Rodriguez of the celebrated New York Yankees has been accused of using PEDS again. And now the Yankees want OUT of his lucrative contract…what they owe him like $114 million or something?  Yeesh.  Good one guys.  Now apparently he is going to rehabilitation for the drugs?!  Hah, just kidding. The fool had hip surgery and is in need of some rehabilitation if he wants to play baseball, let alone walk, again.  The Yankees estimated with the right rehabilitation, A-hole can return before the All-Star Break. 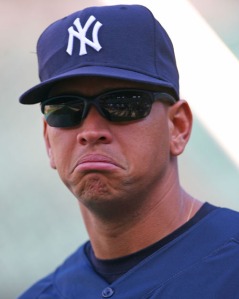 So who is this Anthony Bosch character?  The guy supposedly injected A-hole the drugs at his Miami home after A-hole came out of the closet and admitted to his past use of steroids to the public.  I wouldn’t be surprised if A-hole did in fact take the steroids and would lie about it.  But has he necessarily lied about it?  He hasn’t even come out with a statement yet.  What do his teammates have to say about this debacle?

“I don’t comment on anyone until they speak first. Let him address his situation before I comment on it. Let him speak first and then we’ll talk about that,” Derek Jeter said when asked about A-hole.  He has a point.  A-hole has yet to discuss this matter with the public.  He has already discussed his past use of PEDs but not this recent development, leaving us only in speculation and assumption.

Shit, Jeter broke his ankle last season and is expected to start in New York’s opener against Boston on April 1, the greatest day of the year.  I am fully aware that hip surgery is quite different from fixing a broken ankle, but Jeter is 38 years old, where is this short stop getting his awesomeness?  Needless to say, Jeter is a better player than A-hole and hasn’t been sucking ass in the post season. 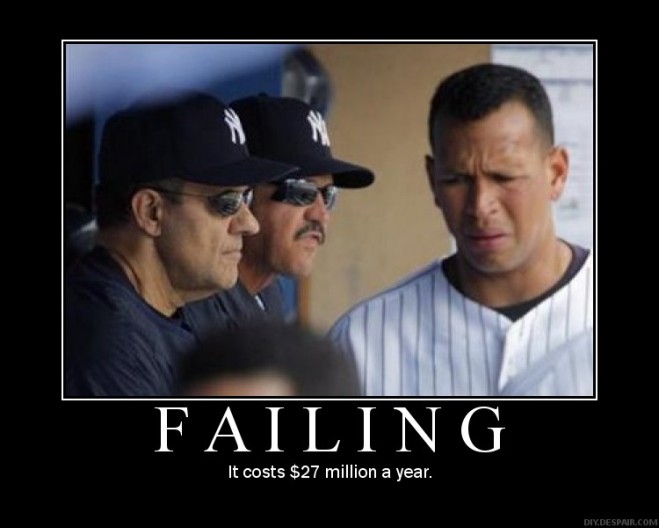 Fool should just retire.  It’s already well beyond his golden years and they way he has been playing lately he will definitely not go out with a BANG….more like a SPLAT on his Zoolander Blue Steel wanna be face.  A-hole still has 5 years left on his contract!  That is insane!  I don’t know why he would try and come back and play.  It seems like nobody wants him too anyways.  In the light of these allegations, A-hole should just bow out and take comfort in the fact that he will be paid a hefty sum to do so.  Who knows, maybe he will miraculously recover and start looking younger while his Centaur self-portrait collects dust in his attic.  Watch out Dorian Gray. 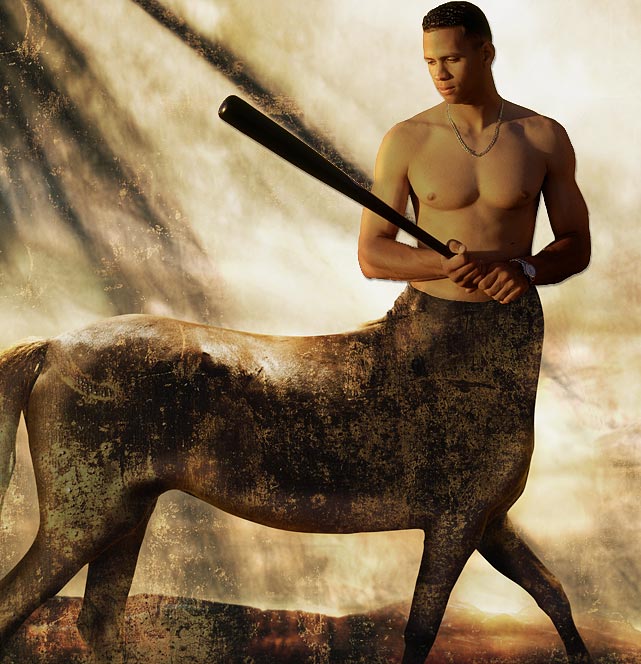 It’s that time of year again!   If you are one of the 600 lucky Baseball Writers Association voters, you get a whopper of a choice of who gets the honor of being inducted into the Baseball Hall Of Fame.  In my personal opinion, the BEST Hall Of Fame. 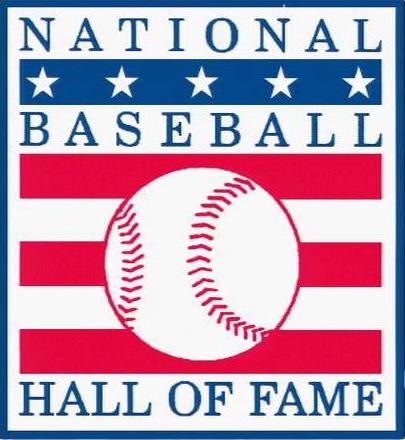 The steroids funky bunch, Barry Bonds, Roger Clemens and Sammy Sosa, are listed on the hall of fame ballot fo the first time, setting up an election which fasho will mandate on the steroids era.  How sad is that?  Wow,  now we have to say “steroids Era.”  I guess everything has a dark side.  Who would be Darth Vadar?  I mean Clemens got that dark quality but Bonds is soo much bigger than he is….and is already black. Hard to say…..  Sosa is too nice a guy to be apart of the galactic empire.  Sosa would just be an evil spanish speaking Yoda. 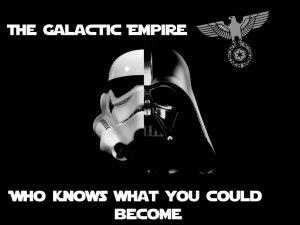 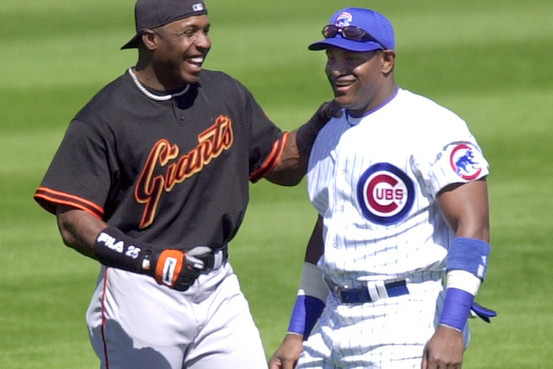 I know it makes sense to put Bonds, Clemens and Sosa on the ballot because they were great players, broke records, made history…..but had a bit of illegal help.  They all took performance enhancing drugs and got caught.  The only one to come clean about it was Sammy Sosa, the other two are still in denial.  Fat heads….literally.  The key word here is “performance enhancing,” meaning their performance on the field was not their own, it is being illegally aided and boosted them into record breaking heights, records that shouldn’t be counted, performances that shouldn’t be considered. 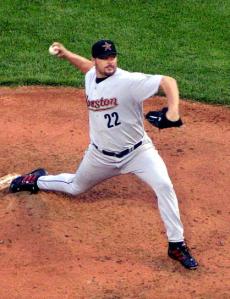 I mean, it is a 37 player ballot.  The voters got lots to choose from.  But it is inevitable that voters will consider one of these three steroid players because in reality, they kinda sorta want to vote for them.  It’s hard not to take into consideration what they did on the field.  Bonds is the all-time home run champion with 762 and won a record of 7 MVP awards.  Clemens set a record with 7 Cy Young awards while Sosa hit 609 home runs.  Voters are facing a moral dilemma now aren’t they?  They have to decide whether drugs, well to some “drug allegations,” that tainted their big numbers should keep them out of Cooperstown.

Hey Mike Piazza is on the ballot.  My favorite Dodger and first home run.  So magical, and so without drugs.  Vote for him!

This steroid discussion was inevitable because there was a “steroid era” where a handful of the MLB’s greatest players were in fact taking steroids and breaking records.  Before anyone knew anything about their drug use, we baseball fans gobbled it all up like a hungry hungry hippos, loving the idea of it, the idea that we felt like we were apart of some great sports history.  But then when the questions start coming in, questions about drugs and wrong doing, that is when we retract and start to question the integrity of the game.  A vicious cycle, a cycle that American Baseball is now headed.  Well look at that, it’s already here!

If players who use steroids can get elected in the Baseball Hall Of Fame, then can we start talking about Pete Rose?  Even though he is permanently on the ineligible list for his addictive gambling ways, his performance on the field wasn’t artificially enhanced.  Pete was a great player and unfortunately allowed his gambling lifestyle seep into his professional baseball career.  Why would the Baseball Hall Of Fame induct some players who flat-out cheated their way into the record books than a player who just bet on the record books?  Baseball a funny business ain’t it. 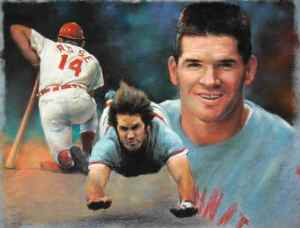 Performance enhancing drugs will always be a thorn in the side of Baseball, despite Baseball trying to rid itself of the stigma.  They aren’t going to rid themselves of it if they induct these three in the Hall Of Fame.  Nobody should ever celebrate cheating.  We have elected leaders and generals for that messy doing.  Voters shouldn’t give out the highest honor in Baseball to those who cheated.  Man, I love baseball, it IS America’s sport.  Why would we ever want to question the integrity of America’s past time?  Baseball has been the one traditional sport that has remained the sport of the common man and the pure hearted.  I know many don’t consider baseball as a special or important a sport as some do.  They clearly haven’t watched Ken Burns awesome possum Baseball Documentary >:0      But it’s the little things that make it special and those little things don’t involve cheating and drugs. 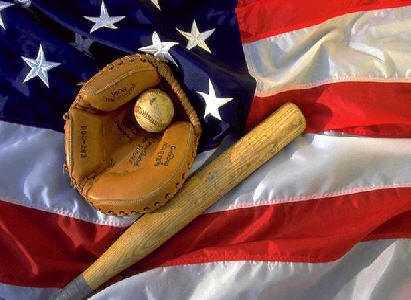 Here is hoping voters will make the right decision.  Come on mofos, u know what to do, don’t break our hearts now.

The results will be announced Jan. 9…sHHOoooOOOOOooot.  Betta be a happy new years.